‘A searing critique of Western greed and consumerism; of the atrocities committed in the name of some deity or another; and of action and suspense there is no shortage.’ Rob Minshull, host of ABC Radio’s Weekend Bookworm.

HarperCollins Australia brings you a thriller in the tradition of the greats – Maclean, Ludlum, Clancy, Forsyth and LeCarre. If you like books where you are captured by the story, held in its grip until the final page, then Rotten Gods is for you.

A new wave of terror threatens a world torn by inequality, conflict, economic disaster and environmental chaos. Heads of state gather in Dubai in an attempt to bring society back from the brink of global catastrophe. But when extremists hijack the conference centre, the clock starts ticking: seven days until certain death for presidents and prime ministers alike, unless the terrorists’ radical demands are met. A treasonous British diplomat, an Australian intelligence officer, an airline pilot searching for his missing daughters, a mysterious Somali agent, and a disillusioned UN official are all forced to examine their motives, faith and beliefs as they attempt to stave off disaster, hurtling towards the deadline and a shattering climax. Rotten Gods is both an imaginative tour de force and a dire warning, holding the reader spellbound until the last breathtaking page.

The Manly Daily says, “This is a top-notch thriller with a thought provoking twist.’The Canberra Times loves “… the dramatic conclusion where perceptions of right and wrong are fundamentally questioned.” TV New Zealand says, ‘Straight off the bat, I LOVED this book. If you’re after a gripping holiday novel, have a long flight looming or are trying to find that elusive ‘great read’ which keeps you up WAY past your bedtime,Rotten Gods may be it.‘ The Daily Telegraph says, “Barron has written a thriller that entertains, but for those wanting more, a thought provoking polemic.” Rob Minshull, host of ABC Radio’s Weekend Bookworm program says, “What makes Rotten Gods so compelling is the originality of the plot, the intelligence of the writing, the believability of the setting and the electrifying pace with which the author constructs his story.” He also says: “Rotten Gods is a superlative political thriller, with a cast of characters who swarm across the pages, leaving death and destruction in their wake as well as questions of right and wrong and moments of love and remorse.’

Read the full reviews by clicking the Reviews tab at the top of this page.

Rotten Gods has been selected by the prestigious Australian Government funded Get Reading program as one of the “50 Books You Can’t Put Down,” for 2012.

Buy it now in all Australian and New Zealand bookstores, Big W, K Mart and Target.

OR here at Angus and Robertson online. (Free delivery)

OR  here at Booktopia

OR here at Dymocks online

OR here for the epub version at Pages and Pages Booksellers

OR here for the Kindle version at Amazon

OR here on Google Play 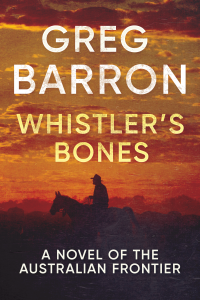 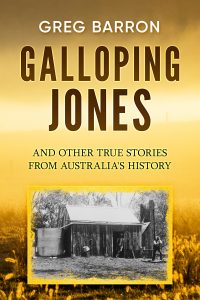